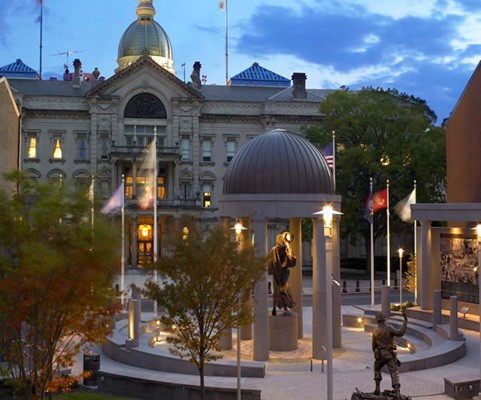 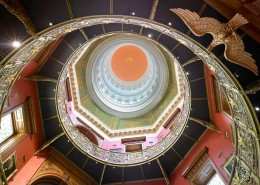 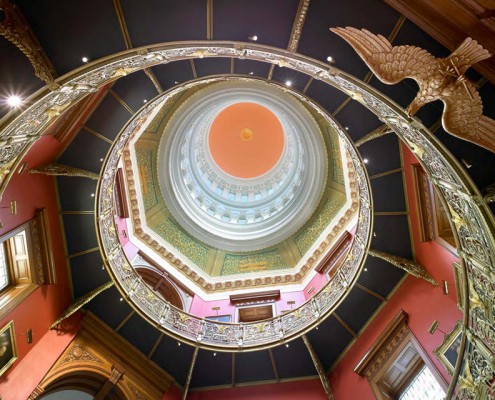 The New Jersey State House is the second oldest State House in the country, in continuous use.  Its 145 foot gold leafed dome was added in 1889, with very little done over the next century to repair or maintain the historic structure.  In 1998, a complete restoration of the interior and exterior dome and rotunda commenced.

Hatzel & Buehler’s scope of work included the removal and salvage of existing lights at the underside of rotunda balconenettes and the dome cove.  New interior lighting at various locations throughout the rotunda and dome was provided as well as a complete lighting control system.  Hatzel & Buehler also furnished and installed new exterior lighting on surrounding roofs to illuminate the dome, window exteriors and a lantern.